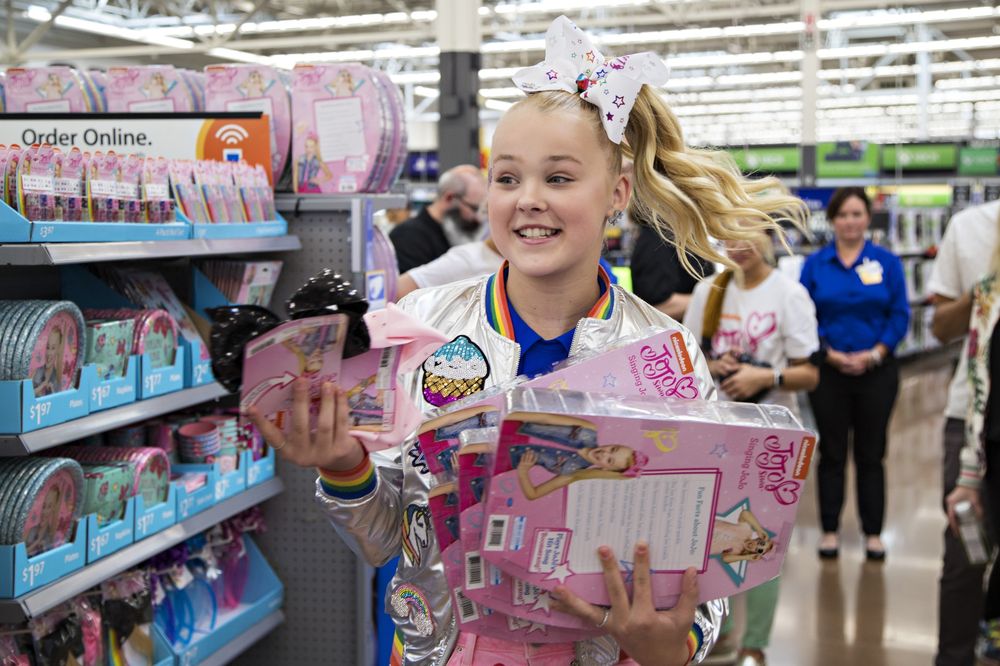 In 2018, the highest-earning person on YouTube was a seven-year-old boy named Ryan. Forbes reported that Ryan ToysReview earned around $22 million from June 1, 2017 to June 1, 2018. That amount is before tax and operational fees are deducted, but that is still quite a lot for a seven-year-old kid. His parents won’t confirm, but Ryan has endorsement deals with several toy companies since Ryan ToysReview YouTube channel started in 2015 (when Ryan was only three years old).

Ryan is not the only child on YouTube though. There’s also Jojo Siwa, a 15-year-old YouTube content creator who had posted multiple videos from a Target Store. Why Target? Because she has branded apparel lines with the general merchandise store chain. In one video, she bought one piece each of her merchandise. Another video showed Jojo treating her younger brother to a $500 shopping spree, still in a Target Store.

When you finish watching these kidfluencers’ videos (whether they are toy review, vlogs, or YouTube gaming channels), more videos targeted at kids are suggested on the sidebar or below the video. In fact, Ryan’s ToysReview YouTube channel has this tagline: “Toys review for kids by a kid!” As there are so many child influencers on YouTube right now influencing millions of children all over the world, it’s becoming difficult to monitor and regulate. This puts Google in a legal and ethical minefield, and it’s not clear how they intend to go about it.

Dona Fraser, the director of the Children’s Advertising Review Unit, said in a statement, “The uptick in sponsored content and child influencers is very overwhelming. This has exploded in front of our eyes. How do you now wrangle every child influencer out there?”

Since it started in 2015, YouTube had always operated under (or beyond) the radar of traditional advertising rules. This could be due to the following reasons:

In 2017, the Federal Trade Commission warned Instagram influencers to properly disclose if a post is sponsored by a company. That is why you can see some Instagram posts by influencers tagged as sponsored, labeled as a “paid partnership” with a brand or company, or simply have #ad in them.

As for YouTube, tagging a video with a “paid for by” text that runs throughout the video is a major turn off to most viewers. This is according to Kristine Pack of Family Fun Pack, a YouTube channel which has eight million subscribers and dozens of sponsored videos. Nonetheless, Pack stated that she always disclose when her video posts are sponsored.

YouTube has evaded rules about children on TV and ads, probably because of the age restriction stated on its terms of service. It says there that only children 13 years old and above can use YouTube:

However, it’s clear that children or their parents aren’t telling the children’s true age when signing up. You can clearly see this by just looking at all the videos targeted at smaller kids, most of which are suggested at the end of a toy review or any video with children on them.

“If they really were honest brokers about whether kids were allowed on the platform, they wouldn’t have so much kids’ content,” Colby Zintl, vice president for Common Sense Media, pointed out. Common Sense Media is urging Congress to strengthen policies in allowing children to use social media sites like Google and Facebook.

YouTube Kids supposedly does not show sponsored videos. YouTube can filter such videos; there is a checkbox that video uploaders should tick if they receive money or free products when they upload the video to the main YouTube site. Despite this initiative, YouTube Kids was muddled with controversies such as:

All these things show how difficult it is for YouTube to monitor all contents on its site. In 2017, the company attempted a major cleanup by purging thousands of videos aimed at kids that have inappropriate content. However, this wasn’t enough.

Just this February of 2019, a blogger exposed how easy it was to access pedophile-related contents on YouTube because they ride on innocent video clips of children. This revelation prompted advertisers such as Disney, Fortnite, and Hasbro to suspend their advertising on YouTube.

As a response, Google deleted hundreds of accounts that left pedophile-oriented comments. They also disabled the comment section of some videos that feature minors.

Josh Golin, executive director of Campaign for a Commercial-Free Childhood, said, “YouTube is pretending not to be a site for children when it suits them. And yet they are heavily profiting from children being on the site.”

A child advocacy group further stated that 80% of American children aged six to 12 years old use YouTube. Because of this, Google can collect their personal information, and earn from targeted ads without obtaining consent from their parents as required by the Children’s Online Privacy Protection Act or COPPA.

COPPA and Campaign for a Commercial-Free Childhood are among the advocacy groups that are calling for the FTC to probe Google.